The last month has been really stressful. None of my people have died, though, and I’m not left destitute, so it’s not as bad as it might have been. Perspective and all that.

Boston gets communal shipping containers to Burning Man, given the drive there is more daunting than going from San Francisco, so many folk ship things and then fly. This gets packed up and sent out about a month before the Burn, so folk with early arrival also have their things. A friend I was camping with was in another country, so I was handling some of his logistics as well as my own. The ship-out day was the Sunday of CatCon. It was stressful, but it got done, with many hugs and love to Ethan and Jess.

Packing for that was complicated in that I was also packing to move, and hosting three amazing people for CatCon. I also then needed to parse out some clothes for my return to Cambridge on the 2nd as my boxes would be in my old place (with people I didn’t know) until the 5th. I would then move into the new place, have 2 days to unpack my boxes and pack for 2 weeks in England. It had been 3 days, but I booked a train ticket down to NY to spend time with a friend. My request for strange platitudes on the trusting expedition into the world was met with this:

The universe is vast. You are also vast. So is an ant. There are different sizes of infinity.
— Night Vale podcast (@NightValeRadio) August 17, 2013

Burning Man was fulfilling, but stressful, as per usual. I burned my self that couldn’t learn to be good enough at Temple.

I did not get time to decompress afterwards. The flight back from Reno to Boston through Salt Lake City was overbooked, and they offered flight credit, to put me up, and to do my laundry if I waited until the next day to fly. I agreed. I got back to Boston and got some work done. Then I visited my old home, stacking boxes on the porch to be transported to the new, a chest cold settling in.

Upon arrival, I found the vines on the outside of the house had grown INTO my room, cracking a window. The wall paper was peeling. It was not a state into which I could unpack. I started peeling wall paper and moving boxes into the basement, while a persistent beeping went on outside my windows for a half hour. “Geeze, neglectful neighbors,” I thought. Then, the fire department showed up. Seems the previous tenants had thrown out a bunch of stuff, including the smoke detectors, and left the trashbags along the sides and back of the house. The fireman came into the house to check for detectors. There were definitely not as many as there needed to be. Nor a carbon monoxide detector. Because of the trash, the fire inspector had to be called. And the health department. They recommended I not even unpack, as they might have to close the house if it wasn’t up to code. The landlord came and promised to get some things done on a timeline. My traveling buddy had a death in the family, so I’d be going to New York alone, but that was just as well, given the hosting situation. I packed for two weeks in England out of moving boxes, and left for New York, high on cold meds. Accordingly, I left my favorite jacket on the train.

The flight to Birmingham, England, was a haze of meds. As a facilitator, being stressed from a move and sick set a poor mood for the event. As I felt better, and as the attendees gained understanding of the initiative, we got traction and got some epic things done. More on the GWOBlog in a few days. I left for London feeling accomplished. London and I do not get on well, but Ella and Laurie and Arthur were there, so lots of work and good socializing got done. We pulled off an OpenITP Technoactivism Third Monday meetup which went pretty well, though I spent about 5 hours that day on transit, some of it lost, much of it just slow. The next day I headed to Nottingham for FOSS4G’s MapHack, where I was meant to help define and guide the group. Instead, I spent the day having a panic attack in a friend’s hotel room.

The morning after that I woke up at 5a to train from Nottingham to Birmingham to catch my flights from there to Amsterdam to Minneapolis to San Jose, where I was meant to get to Santa Cruz to learn from Monica, who has also agreed to mentor me in facilitation. Lodging awaited me, but the shuttle that late would have taken 3 hours and a couple hundred dollars (making it equivalent to a taxi). Exhausted, finally recovering from sick but not from anxiety, not knowing what I was returning to in Boston, I finally balked. I bailed on something I was very much looking forward to in the short and long term, caught a bus to Caltrain, and went to San Francisco. The self that couldn’t learn to be good enough would have gone, and been broken, and been broken further. Instead, I took care of myself. I decompressed for a few days, boots up on the coffee table, with people whose faces I like, and my wifey, and good food and fine wine. I returned to Boston to strip wall paper, and ride my motorcycle, and settle into my new space and roles. I’m TA for a Codesign Studio at the Media Lab. I’m getting ready to take the GREs. My walls are a pleasant slate color, and my art is prepped to hang. 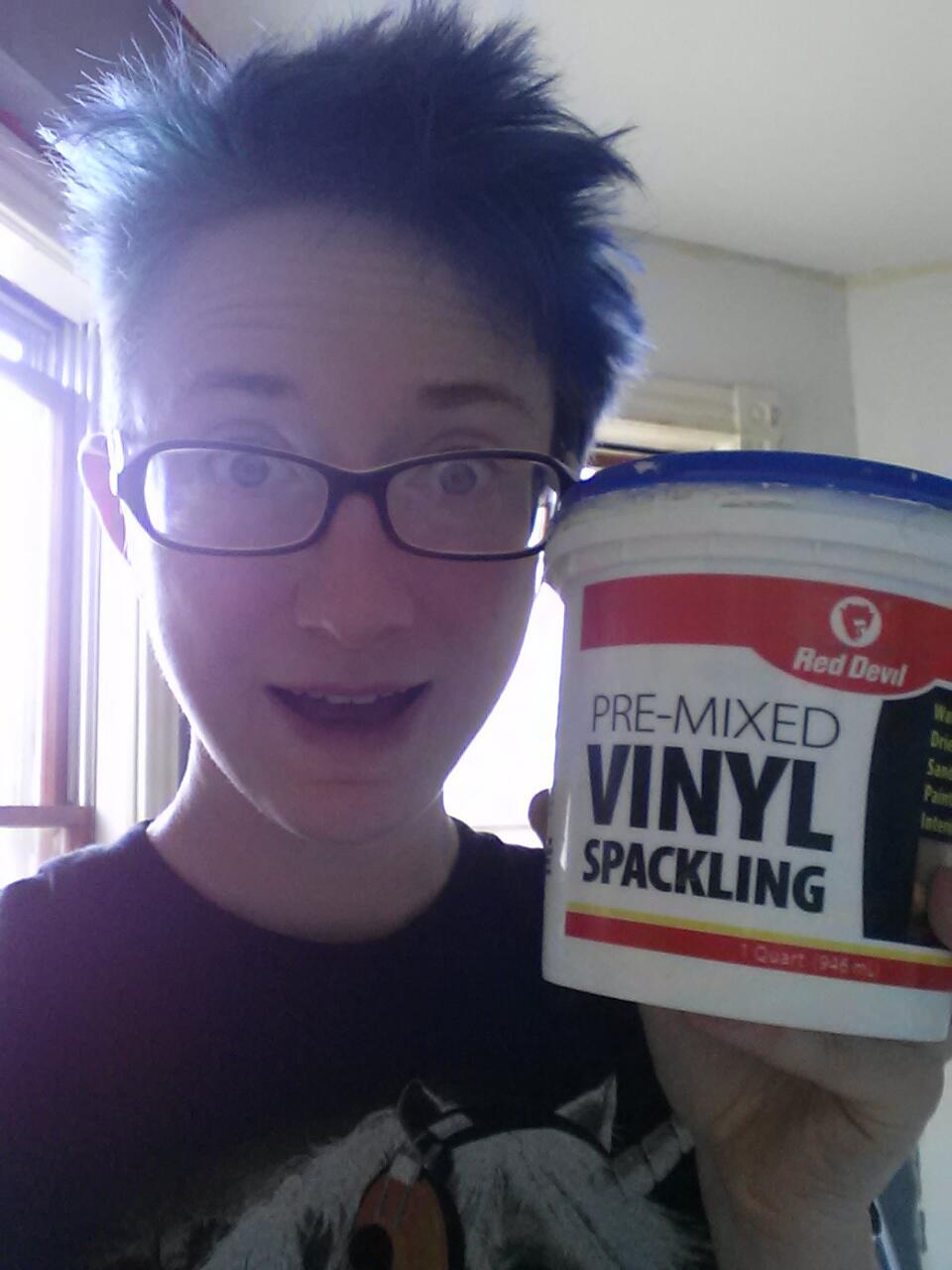 When people ask how I’ve been, or why I look so tired, I can only respond with “it’s been a month.” No one close to me died. I wasn’t left destitute. But I am incredibly aware of how my own privilege in being able to recover from a bad month with relative ease, and only a slight beating to my soul. I’m equally aware of how smoothly most of the things in my life go – regardless of how difficult or dangerous the situation I’m in might be, having the confidence to laugh and assume it will work out is deeply rooted in a safe childhood and continued strong social ties. While not everyone got the former, I can help to provide the latter. (Is it too cheesy to say that you can, too?)

2 thoughts on “A Hilariously Bad Month”