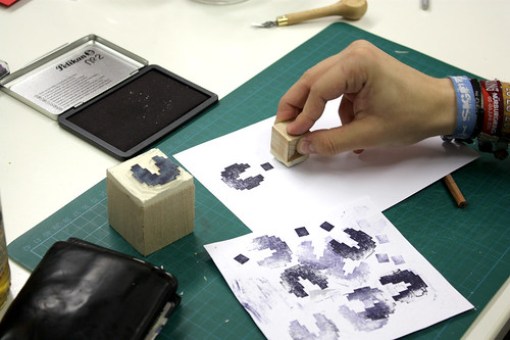 There are certainly people in your space who are specialists in maintenance and repair of the space itself. We do have to worry about due dates on bills, and maintaining safe space, and the dirty fridge not providing the material basis for the next incarnation of Cthuhlu. Some people take on the active role of those administrative tasks. And yet, part of being a hacker/maker/citizen is being aware of and responsible for the systems you’re part of. This is a participatory culture we’re creating.

A metaphor, just to be sure we’re in the same cognitive place: this is like when you get so good at riding your motorcycle that you reach a flow – you have only to think about where you’re going, not clutch-shift-clutch. As hackers and makers, we care to know how the carburetor or fuel injector is working, how that interacts with the air intake, what other models of motorcycles are out there. I can keep going about the welded construction, the materials involved, what grease to use, etc, but I think you get the point. Now extrapolate that to your *space. Also think about how nice it is to have reference material to help guide you through – either an online forum, or the oil-smeared choose-your-own-adventure of Haynes.