Hugs and thanks to Lindsay Oliver and the Kenya Red Cross team for their contributions to this entry.

On November 15th, I helped facilitate the Red Cross Crescent Climate Center’s HeatHack 2014, a gathering of amazing people to collaborate on solutions to climate-related challenges. This event focused on the risks and impacts of heatwaves, and how to provide community care and safety nets for at-risk people during extreme weather episodes.

In case you wonder what a hackathon is:

A hackathon is a gathering of diverse people who form teams to work on addressing challenges over a short period of time. These challenges can be technical, physical, resource-based, or even social. During HeatHack, participants learned about heatwave challenges from climate experts and people who have experienced heatwaves firsthand. Teams formed around potential ways to address these challenges, and worked together to come up with solutions to present to the judges. Prizes were awarded based on innovation, documentation, usability, and inclusiveness.

Despite the severity of heatwaves, the health risks often go unnoticed because the people most affected are easily overlooked in a large population, especially if they are poor. We need to create ways of responding to these challenges to care for people who are currently at risk and to prepare for future heatwaves. As the effects of climate change become more severe, the number, length, and temperature of heatwaves will increase – including in Nairobi! Climate change affects the entire globe, and Kenya can lead the way in creating solutions that help as many people worldwide as possible.

Can developers ACTUALLY have any impact on these issues?

What we did about it.

Working with KRCS and RCCC, we gathered people from all sorts of backgrounds and interests, specifically: developers, subject matter experts (people who have experienced the effects of climate change), and organizational representatives.

Heard from Erin Coughlan, the Senior Climate Specialist at the Red Cross/Red Crescent Climate Centre, working in adaptation to extreme events, about the impact and likelihood of, and responses to, heatwaves. Heard from Nathaniel Mkuzi about his role with the Kenya Red Cross IT and social media teams, in how they’ve built up a following and how they both tap into the crowd and report to the crowd. Heard from Izael Da Silva about his work in innovation related to climate, based out of Strathmore University, Nairobi.

Now that attendees had a good idea of framing in possibility and need, the next step was to make it actionable. We played the Climate Centre’s READY game. The room split into two groups: one was to prepare for a heatwave, the other for a hot season. They needed to come up with 8 tasks, each of which was drawn on its own piece of paper. Then, each paper got at least one die up to five, with a total of 20 to be split across. Extra dice indicating higher difficulty to perform task. Non-players spread these across the space, and then players have a short window to roll each die individually to come up “1” before rushing to the stage. It’s a study in describing tasks, analyzing their difficulty, and gaining a visceral understanding on delivering those tasks.

Now that we were well grounded as well as aware of actionability, we heard pitches and everyone got to work spec’ing their projects out.
Green Badge: Certification for membership, as an indicator of your commitment to the environment, as a way of getting or losing customers. Businesses could request certification, guidance, or training. If verified, the business could display the certification. If not, the penalty fee would go towards supporting the program. 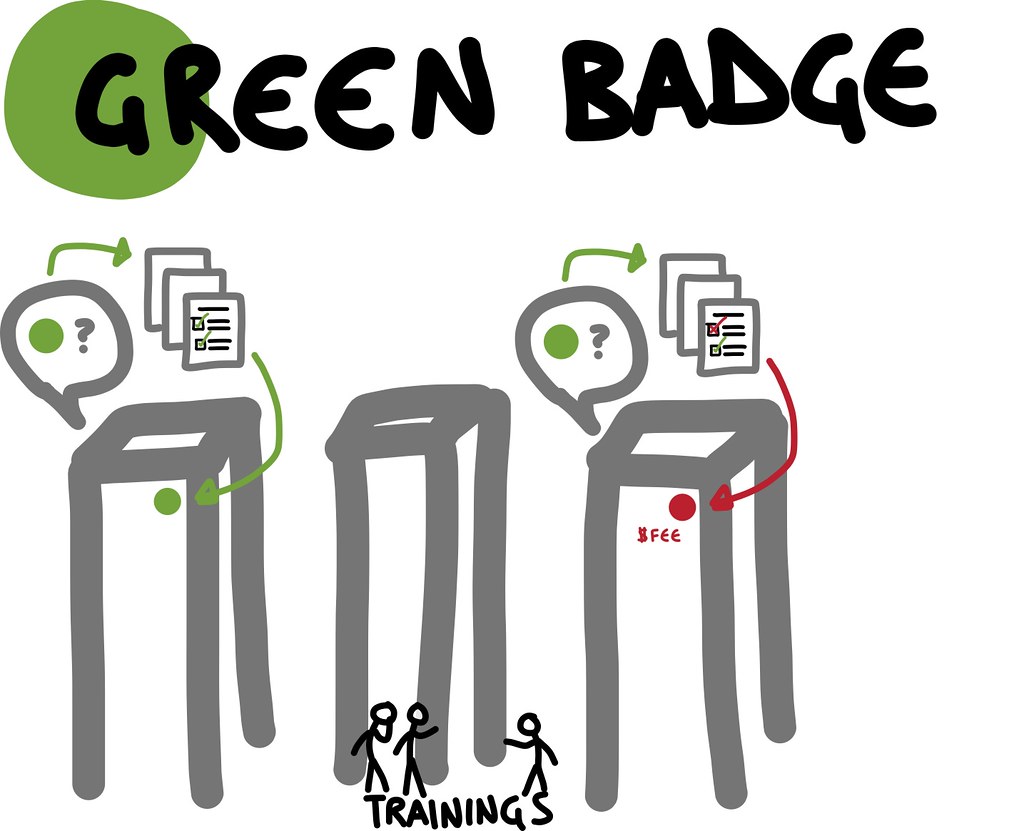 DotMaxEMS: It’s difficult to tell how much energy your home and transit needs are taking up, but this application can help. By visualizing your energy use for display on smart phones, you can save money and be kind to the environment. 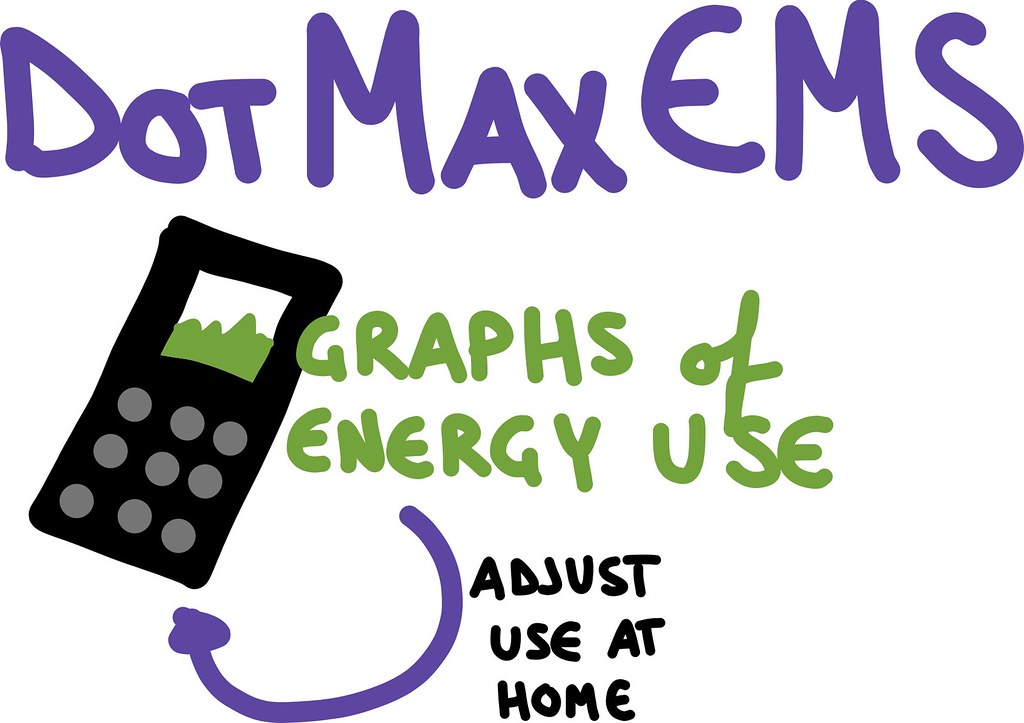 Health Tracker: As there are few health practitioners in rural areas. Track your own (and your livestock’s) health through wearable devices which alert you to problems. 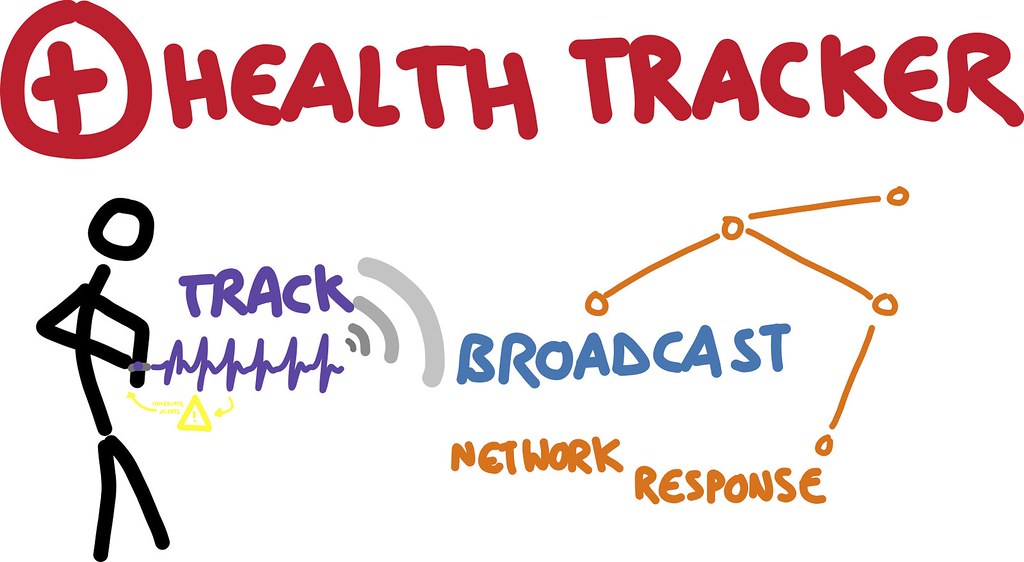 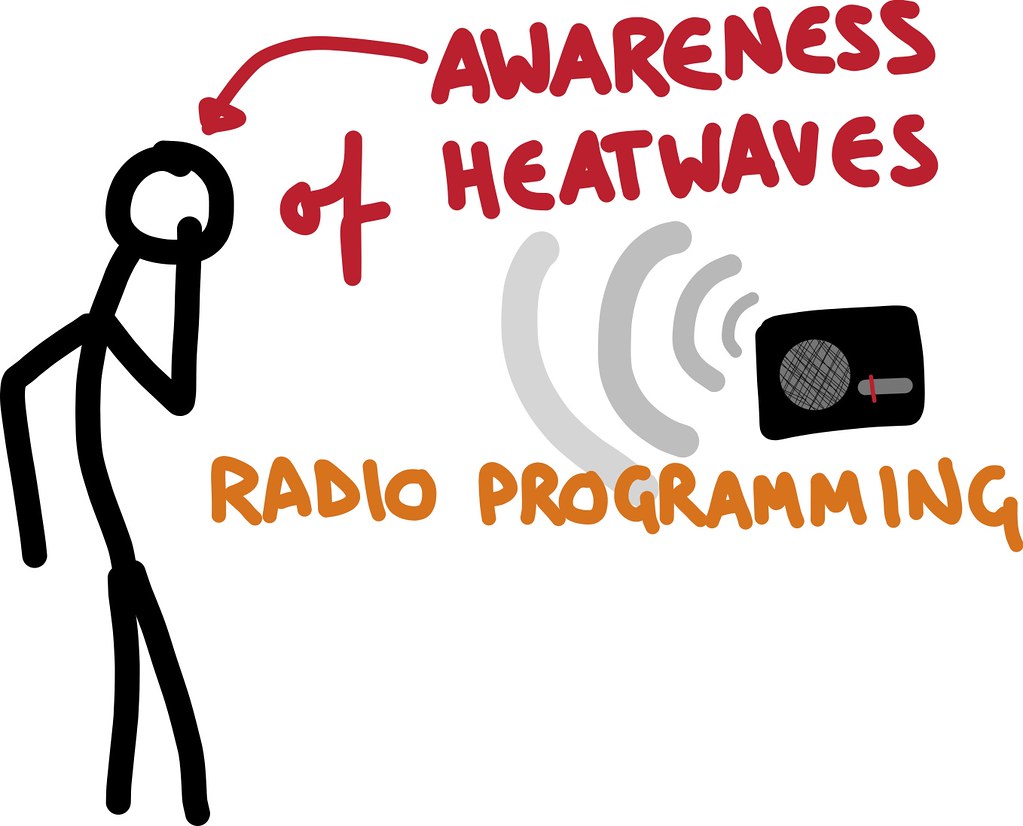 Ambient Alert: Using a hardware kit with LED, thermometer, and small memory set, Ambient Alert changes a light from green to yellow to red depending on danger levels. A red indicates a heat wave is in progress, with accompanying packaging to signal useful actions to take.

Twitter SMS: Those without smart phones can be left out of mass alerts, including for things like heatwaves. Our event’s winner Twitter SMS signs people up for Twitter SMS alerts. Simple and so so good.

I want to thank the Climate Centre and Kenya Red Cross for being so incredibly gracious with their valuable time. The KRCS IT team was especially gracious, making it easy for me to focus on facilitating. Erin from Climate Centre invested her knowledge of both making climate change accessible, as well as game design. To the three amazing people who left their lives for the day to help us understand how climate affects PEOPLE. And of course to the amazing attendees who gave up a Saturday in order to learn, contribute, and build. Thank you.
Funding support for HeatHack was provided by the Norwegian Research Council, through the project “Courting Catastrophe” Humanitarian Policy and Practice in a Changing Climate

How you can help in the future

Keep working on these during a February RHoK, or at other future events. Let us know if you do, we’d love to link you to support, and to advocate for you.