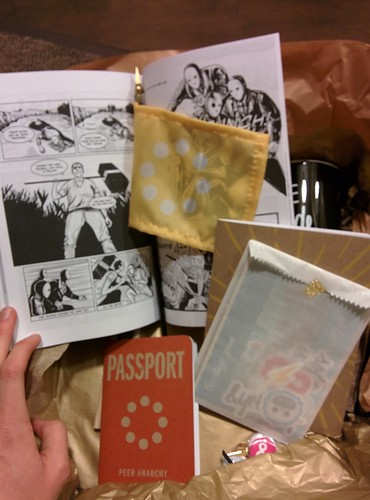 While all of this is amazing, I want to talk about the trust and responsibility that &yet placed in the attendees. The storyline was a surprisingly nuanced version of one of my own ongoing internal battles — burn it all down, or patch to save what we can. (The mixed-mode system work is my attempt at making these transitions graceful, by the by). At no point was a clear value judgement imposed upon the story, or implied to the players. The textcapade transitioned into a sort of backchannel for actors in the parts of those sending the messages at points during the conference, and this archetypical internal battle continued to be played out there as well as by stage actors between talks.
END_OF_DOCUMENT_TOKEN_TO_BE_REPLACED