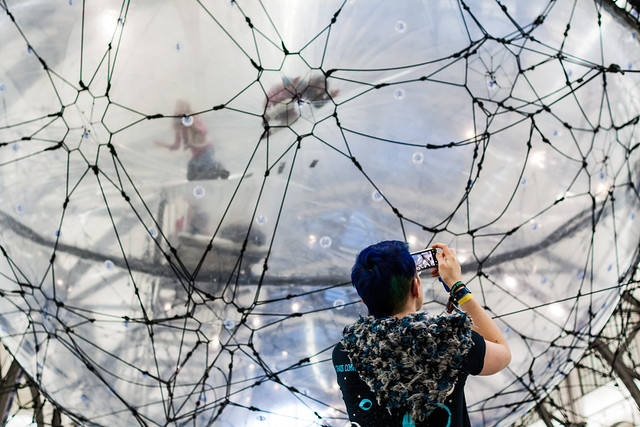 I had a great time the other day – a friend loaned me his SV so I could go for a ride. I excitedly grabbed my jacket – the same one I had cut off of me on November 1st, and stitched the sleeve back up. And I noticed that my scar showed through the zipper area. That got me to thinking. How many people retain the clothes they were violently injured in? Can you see your scars through them? I want to see. The amazing Libby Bulloff has offered to help me out with this (ie, I have no artistic talent but she has loads). I’d interview the models about how they got the scar, why they kept the clothing it occurred in, and how it has affected their everyday life. Hit me up at willowbl00 at gmail and include “show me your scars” in the subject line. And please do pass it on. Obviously preferred if folk are in Seattle. If there are enough interested parties, we’ll put on an art show.

Watched Exit Through the Giftshop with Pip, Monica, and Josh last night. Thoroughly enjoyed it – the humor, involvement, art, story. Dialoge natural enough to be an actual documentary, clever enough to make you question if it actually is.

I took two main thoughts from it. I don’t think they get along with each other, but here goes:
1) MBW is a manifestation of the graffiti community as seen from people in other arts communities. It’s pulling from previous iterations of artistic ability to do something many see as degenerate and/or offensive.
2) Graffiti is like hacking in the way parkour is like hacking. Breaking systems other people take for granted. But a web dev taking the course of actions a hacker did months before is not hacking. It’s working on a (newly) established structure. That to me is the difference between MBW and the artists he looked up to. But because he wanted to be perceived as one of those artists instead of as his own thing, he didn’t hack (way of making things work in an unexpected way) but rather was a hack (someone who throws together shit content in order to have content). (See the internet for copious examples of both).

Now onto graffiti. I grew up in a family of architects and German engineers. I believe architecture lives up to the term “frozen music” it used to be called. It is art. And whether or not art itself should be defaced is a whole other argument as it involves grey areas of history, politics, new artistic statements, etc etc. That’s why art is so fascinating to me – because it is so fraught with nuance.

But then there’s all this architecture out there that’s crap. Or abandoned. Or both. And I love graffiti on that. It’s like dumpstering a plank or a canvas someone else did some attempt of art on and doing something new, something yours, on it. I’ll leave you with this, because I think it’s amazing. And please do watch Exit, if you haven’t already.

What they fail to tell you is that while it does rain for part of nearly every day, the rest of the time is only slightly overcast, and sometimes even sunny.

Phone interview went well. Face-to-face interview in the upcoming week, and another possibility started up Monday.

The people here are awesome. Went to an art show opening last night, corp goth and well-dyed hair as far as the eye could see. Warms my little heart.